Zwarthout is decorating the fire station at Maarn and Maarsbergen (Utrechtse Heuvelrug). In the past, both cores each had their own fire brigade, but they were actually too small for that. That is why they were merged and now there is a beautiful new station building on a site between the two. Fire station 'MaMa' cannot easily be ignored when you pass it. The base is a regular industrial building, but you don’t see much of that any more. This is thanks to a number of special applications and materials that Mies Architectuur incorporated into the design, such as the sunshade of the station that consists of a sun-protection awning in the form of an overgrown steel thermally galvanized pergola, provided with PV panels for energy generation. In addition, the Zwarthout jumps out on the façade. There is also extra attention for the lighting and there is a lot of home automation in the building. All this to become the "most sustainable fire station in the province", according to the mayor of the municipality. Read more about the station in this brochure.

Used materials in this project: 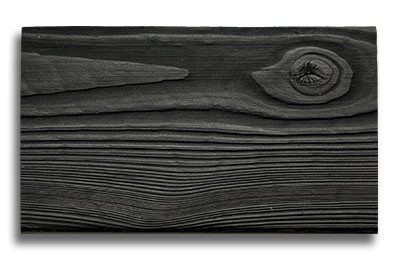 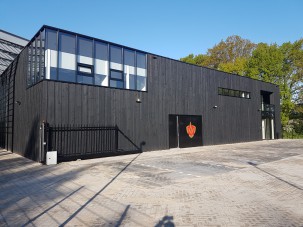 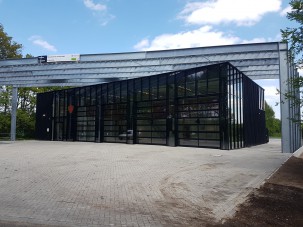 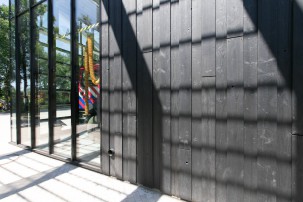